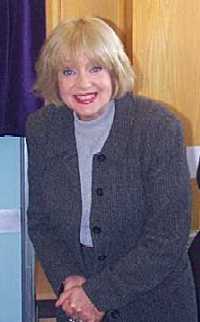 On a Saturday morning on 3rd October 1992, the Credit Union opened with 50 members enrolling at St Denis Primary School, Dennistoun.

The main office is situated at 316 Duke Street in two shops that were purchased from Reidvale Housing Association. These premises were opened on 2nd September 1999 by Miss Dorothy Paul, one of Glasgow's top stage and TV entertainers. Dorothy was a former pupil of 2 local Dennistoun schools - Alexandra Parade Primary and Whitehill Secondary. In attendance at the Opening Ceremony was our Chairperson at that time, the late Nellie, a pillar of the community in the Milnbank area of Dennistoun. The Speaker of the House of Commons MP Michael Martin - now Baron Martin of Springburn, was also in attendance.

Operating at the moment with only one fully paid worker, our present Chairperson Mark Collins wishes to praise all the volunteer workers who have worked so energetically throughout the years for the benefit of the Members of the Haghill Dennistoun Credit Union.